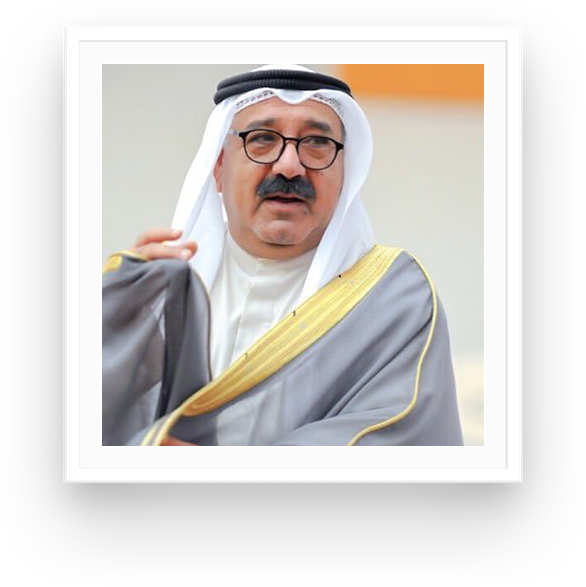 Sheikh Nasser was a bridge builder, a peacemaker and an advocate for the advancement of Kuwait. He was an innovative thinker and visionary, with interpersonal skills that he’d honed in business, collecting and government service.  He was universally described in positive terms, as optimistic, creative, humorous, eager to learn and eager to share.  He managed to be a dreamer, with a strong sense of what was realistically possible.

Nasser held the welcome dichotomy of being very knowledgeable and also enthusiastic about learning from those who knew more.  Scholars, businesspeople and other art collectors tell stories of spending time with him and having appointments extend beyond the scheduled duration.

He happily answered questions where he could and just as happily asked questions to add to his understanding.  He was known to be generous with his knowledge and thirsty to learn more; to fill the gaps that existed between what he knew and what was available to know.

Visionary ideas came easily to Sheikh Nasser, not because he was an idealist but because he was a strategic thinker and an effective team-builder. Concerned with economic and political issues in the region, Nasser surrounded himself with many eminent economists and political theorists, from Kuwait and elsewhere. Thus, his ideas came with carefully thought-out plans and consequences.

He saw potential in his country, the region and the future. He understood the ramifications of policies and actions; seeing everything as inextricably linked – cause and effect. Although he envisioned ideals and loved the challenge of ‘making things happen’, he was also motivated by the ‘cost of not’; the cost of the stagnation and deterioration that results from not taking action.

Practical Patriotism: Leadership During The Iraqi Invasion and Occupation

Twice extraordinary circumstances called on Nasser’s resilience and patriotism. As a young teenager in 1961, Nasser witnessed his country under threat from the Iraqi regime of Abdulkarim Qasim. That time the Iraqis did not invade but thirty years later, in August 1991, they did. 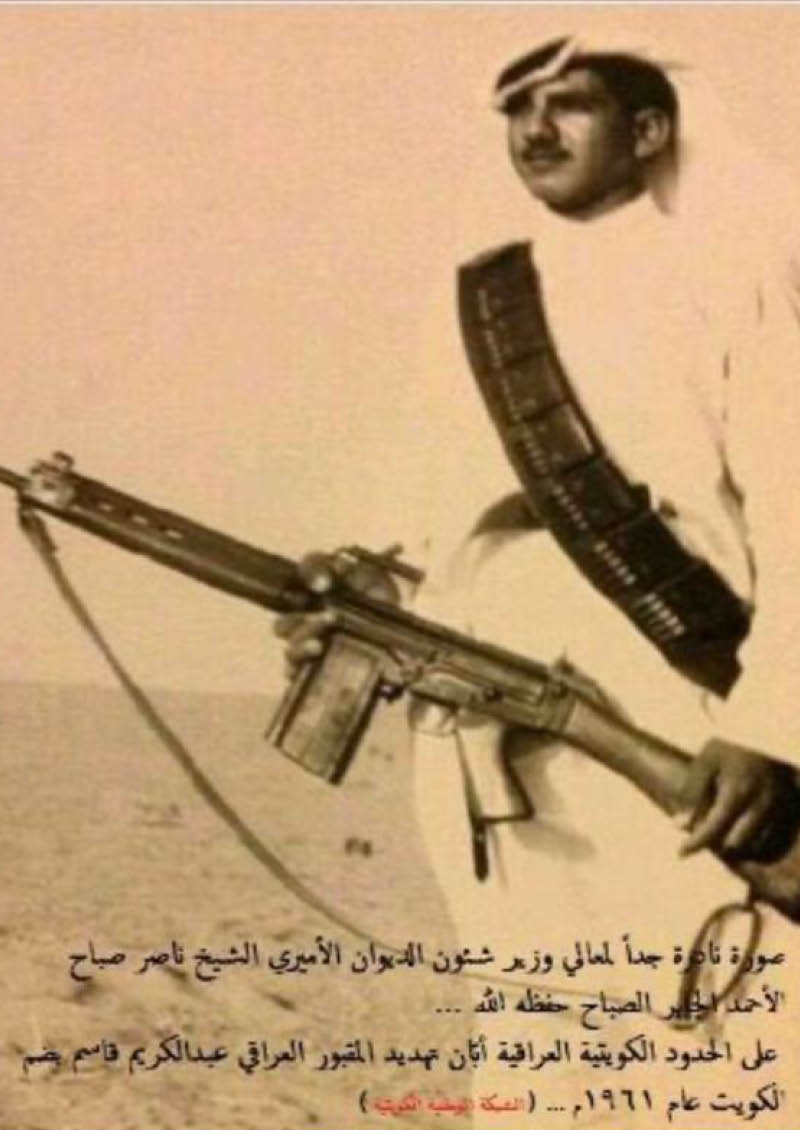 On the first day of the invasion, 2 August 1990, Nasser was called to action by his uncle Sheikh Fahad  Ahmad to go and help defend Dasman Palace, where the Amir was in residence. Sheikh Fahad Ahmad, widely respected for his active advocacy of Arab causes in both Palestine and during the war between Iraq and Iran, was killed at the palace gate before Nasser arrived to join him. Thus Fahad Ahmad became one of the first Kuwaiti martyrs who fought the occupying forces with bravery and heroism.

With greater resolve, Nasser joined the fight in Kuwait before realising that he could actually accomplish more by planning and directing actions designed to cause the destabilization of the regime in Baghdad. He organised a small unit that included Sheikh Talal Fahad al-Ahmad, the son of Fahad Ahmad.  The unit was based in Syria and work closely with the Kurdish PUK (Patriotic Union of Kurdistan), led by Jalal Talabani. 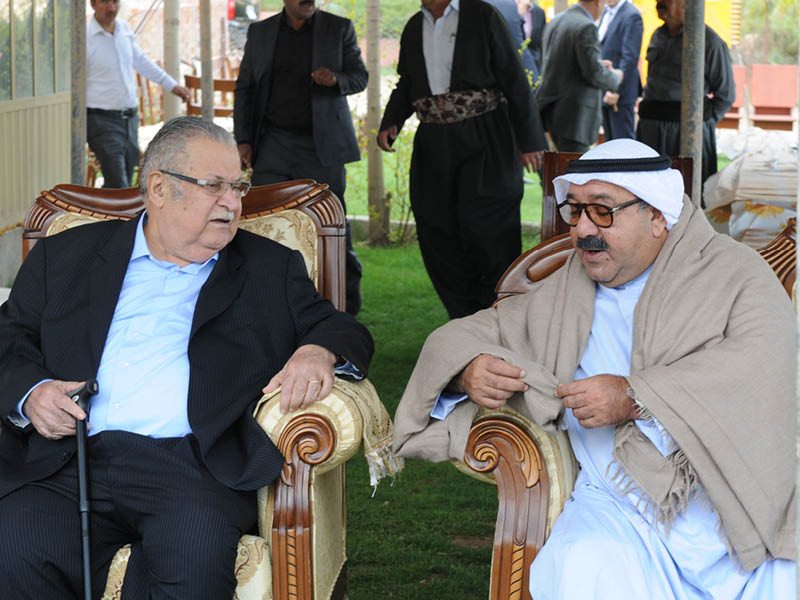 Nasser’s and Talal’s ability to pass for Kurds made movement in the area possible.  The pair, with their fellow Kuwaiti fighters, made many trips into Iraq, with necessary equipment and financial aid. This was important as the team was involved in providing military support for the Kurds attacking Saddam Hussain and his armies inside Iraq.  They were also involved in various strategic resistance activities inside Kuwait, including the smuggling of contraband – weapons, equipment and money - needed by Kuwaiti resistance cells working onsite in the country.

With the liberation of Kuwait, Nasser and his team returned to Kuwait and worked to rebuild the country they’d fought to save. Their ally, Jalal Talabani, leader of PUK, became the President of Iraq in 2006, 3 years after the fall of Saddam Hussain.

A key component of Sheikh Nasser’s vision and the Kuwait Vision 2035 is expanding the economic base beyond oil.  Doing so in a country whose development has been tied primarily to this single source revenue stream requires a large scale shift in direction across all sectors.  Nasser recognised both the geopolitical and human resource potential held by Kuwait and developed a bold strategy to bring the change to fruition: the Silk City/Continental Link Initiative.

Silk City is an extraordinary example of this.  His vision saw Kuwait becoming a business hub and a crossroads link between East and West; reviving the ideal of history’s Silk Road. Nasser was willing to do the work required to create a comprehensive strategy and enjoyed explaining his approach to those with whom he worked in both his professional life and his personal life. Associates and friends considered him kind, engaged, and motivated; eager to explain the potential benefits of the project, while recognizing the commitment and challenges inherent in implementation.

Silk City, or Madinat al-Hareer in Arabic, would be a 140 billion Kuwaiti dinar endeavor aimed at building a new city in the northern part of Kuwait. The clear strategic value of this location is something Kuwaiti authorities have long been keen to leverage. The project would attract foreign investment and operate as a free zone. It would transform the northern territories into a global logistics and trading hub, facilitating Kuwait’s plans to minimize the country’s oil dependency. In addition to the economic benefits, the new city would be home to almost three-quarter of a million people – helping clear a long housing waiting list and eliminate any questions related to the sovereignty of what is currently a largely underdeveloped and underpopulated region of the country.

The mega project took a huge step forward with the opening of the
Sheikh Jaber al-Ahmad al-Sabah Causeway. The causeway cuts the travel time between Kuwait City and the proposed site of Silk City from 90 minutes to just half an hour.

One of the largest and most ambitious developments in the region, Silk City has drawn interest from Chinese Belt and Road planners and the project is yielding results already. 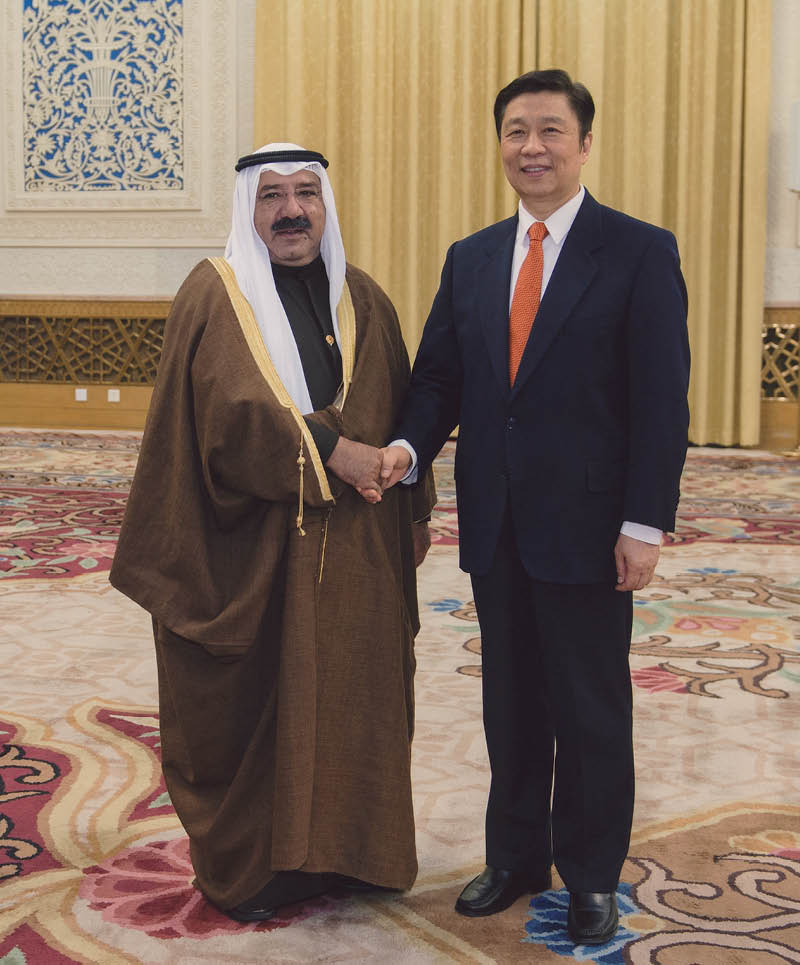 With HE Mr Li Yuanchao, former Vice President of the People's Republic of China

However, it still faces major challenges, including some tension between the relevant Ministries and the National Assembly.  When asked about this in March 2019, Nasser said, “The parliament and government should join hands to address any shortcomings facing the execution of the vision.”  Nasser also noted that the private sector is a strategic partner in every aspect and phase of the development plan, meeting one of the key pillars of Kuwait Vision 2035.

Not surprising given the scale of the project, progress on the initiative ebbs and flows.  Influenced by economic fluctuations, fluid political dynamics at home, and shifting global priorities, the Silk City Initiative advances, at times at the pace of an historic Silk Road caravan; at other times with speed and efficiency.

The Story of the Islands and Silk Road Project (Doc)

The Continental Link Initiative was proposed by Sheikh Nasser to further exploit Kuwait’s political and geographic advantages, including proximity and deep water ports.  The objective of the initiative was to position Kuwait as an economic and trade link between Europe and Asia, with specific interest in facilitating export trade to Iran, Iraq and Central Asian countries. The programme had a secondary, but no less important, objective: the opening of new regional and cross-regional investment opportunities for Kuwait’s private sector.

Where the Continental Link Initiative proposed new opportunities for Kuwaitis to invest outside the country, the primary goal of the Five Islands Initiative is to attract investment into Kuwait. In addition, the proposed initiative would be led by the private sector, expanding the economy, enhancing local productivity and creating healthy competition in the market.  When implemented, the initiative would create an economic and cultural gateway to the country, changing the economic equation of the region and reducing the country’s reliance on oil income.

The Initiative proposed converting five of Kuwait’s uninhabited islands (Boubyan, Failaka, Warba, Miskan and Ouha) into an integrated free zone.  Combined the islands, less than 5 kms from mainland Kuwait and Iraq and approximately 30 kms from Iran, have a land mass of approximately 1,000 km2.  More than 150 million people live within 90 minutes of the islands, with a regional GDP of more than $2 billion.

The five islands position apart from the mainland affords them opportunities less desirable in the established communities of Kuwait. That said, the initiative does put the overall governance of the development and operations of the islands under various government institutions. This would allow the development to proceed outside existing norms while still protecting the social and cultural identity of Kuwait.

To read more about the Five Islands project, click here.

Sheikh Nasser’s education initiative was driven by Kuwait’s Vision 2035. It focuses on developing and building curricula according to a pioneering educational philosophy harmonious with Kuwaiti culture, while keeping pace with the requirements of modern times. 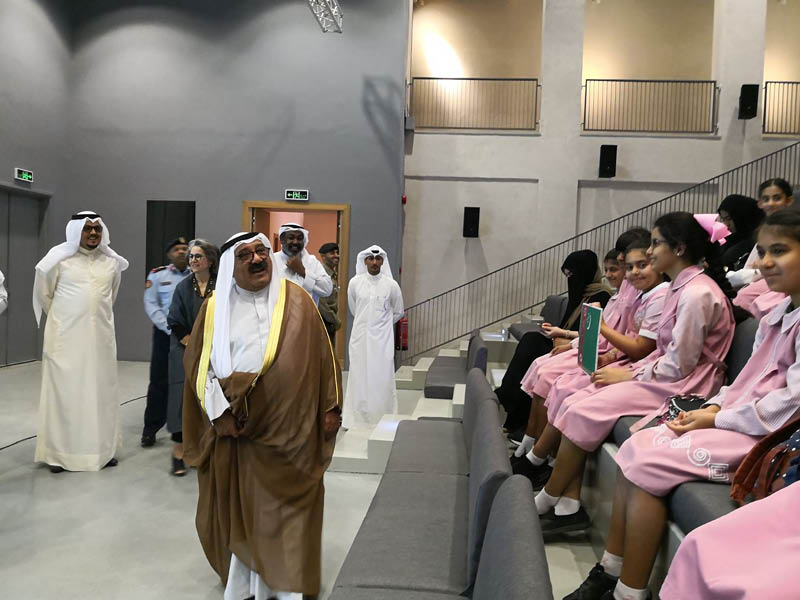 This includes providing additional support and training for teachers to prepare them to better serve the challenges faced by students in 21st century and beyond.

It has become cliché, but Nasser was aware that today students are being prepared to enter a job market in positions that don’t even exist at present. Thus the initiative focuses on enhancing teacher professional continuing education programmes in line with contemporary intellectual, technological and industrial developments.  This would boost student outcomes, ensuring they are better prepared for success as adults.

Sheikh Nasser’s commitment to expanding Kuwait’s economy beyond the oil sector is well known.  As already explained, he developed several public/private proposals to expand investment and employment opportunities in Kuwait but his focus didn’t stop.  Recognising that such a significant change would necessitate a complete revamp of the government, he worked with a team of varied professionals and together they  proposed “redesigning the structure of the government of Kuwait.”

The programme, to be executed over 8 years was broken into three phases: 1st , building a foundation and creating traction and acceptance of the programme; 2nd, focusing on the government’s role vis-à-vis policy and regulation; and, finally, 3rd, implementing aggressive efforts towards economic diversification and expanding the role of the private sector in service delivery. These phases would be achieved, in part, introducing policy reforms that promote the development of new economic resources and an expansion of the local labour market.

The proposal begins with the creation of a centre for government reform, the reform of the social safety net and civil service rationalisation, and ends with massive reforms in the transportation, land and urban planning, environment and agriculture sectors.  In between, the education, healthcare, energy and utilities, ICT, communication, fiscal management and youth, culture and leisure sectors would be revamped to be more responsive to the needs of the country and its citizens. 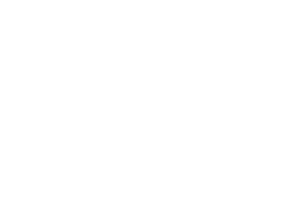